The conference organized by system authorities of the Eastern Ligurian Sea, Wista and Propeller Club on the impacts for the marine-harbour field of the National Recovery and Resilience Plan has been the occasion to listen to the three terminal operators of Marina di Carrara: F2i-Holding Portuale, Grendi Trasporti Marittimi and Marina di Carrara Terminal of Dario Perioli Group. A comparison that evidenced as the port is small but lively and as the sharing and collaboration between the operators, and between these and the institutions, leads to concrete results.

Alessandro Becce of the Group F2i, born with the acquisition of the port of Marina di Carrara in 2019, spoke of the change in time of the port of call due not only to the arrival of the other terminal operators. The Group F2i, with the recent acquisition of Marter-Neri ad with the ongoing acquisition of Cpm (Compagnia Aeroportuale di Monfalcone, Airport Company of Monfalcone in english), has become a network of ports equally divided between the Tyrrhenian Sea and the Adriatic Sea – where it is also present in Venice – through which it feeds the primary logistics of heavy industry by exporting also the value-added products linked to the cargo project. “Our trend, that strengthened the Port of Carrara and there are available areas in the dry port connected with the internal railway maneuver to be optimized. The future will see an overall redesign of the current schemes to try to adapt our supply capacity to a market that changes at any moment” declared Becce.

Costanza Musso, CEO of Grendi Group, offered an excursus of the location of the family business, active for almost 200 years, finally established in 2016 in Marina di Carrara where she found humus for a strong development thanks to the possibility of dialogue and proactivity of the port. Grendi, that connects the continent with Sardinia, was born as a shipping agency, then also became a shipping company and finally terminal operator thanks to the foresight of Marina di Carrara. The Group it manages to control the entire working cycle and finally – after years of vain waits from the Genoese port in this sense – it is able to make economy of scale in the best way giving care and satisfaction to clients. Grendi – in Carrara – has also succeeded through the innovative method of loading containers through the “boxes” to quadruple the speed in the movement of goods and to develop much more traffic.

Michele Giromini is the managing director of Mdc Terminal and partner of Perioli Group, born in 1908 in La Spezia, finally entered into participation with the shipping companies Cnan Med (Algeria) and with Sahel (Tunisia) from 2018 to Marina di Carrara. He believes that the port of call can become more and more a hub for the development of the traffics of various species with North Africa. The recent acquisition of two ships that will scale all the southern Europe with Algeria, for an investment of 60 million dollars, will allow the group to intensify the work. Giromini said he was satisfied satisfied with the current conditions and prospects of the port emphasizing however as it is increasingly necessary a system run-in and composed of specialized personnel in order to make ships travel faster. “The unexpected one-day stoppage of a ship like ours means a loss of dollari 25,000. Here now we operate in collaboration and pushing on investments with mutual satisfaction and pride” Giromini has stated.

Both Grendi, Perioli and F2i grew up in the Tuscan port. “This is the best solution to a system that monitors, listens and responds to the needs of operators. And today, post Covid period, the restart has already led to a greater demand than supply” Costanza Musso has concluded. 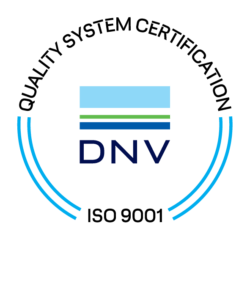